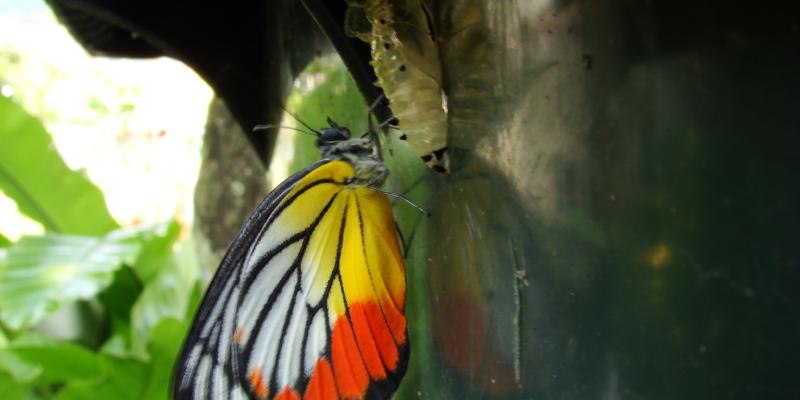 From callbacks to async - await

From callbacks to async - await - A migration guide #

I originally wrote this article for Morning Cup of Coding. Morning Cup of Coding is a newsletter for software engineers to be up to date with and learn something new from all fields of programming. Curated by Pek and delivered every day, it is designed to be your morning reading list. Learn more.

Callbacks have been at the core of JavaScript and Node.js ecosystem. As much as they are needed for the performance boosts, they have proven to have huge maintenance issues. There have been multiple attempts at fixing these, from generator functions to promises, until async-await came in to the picture mitigating most of the concerns that asynchronous code traditionally used to bring with it. Now that they have been standardized, most developers are stuck with old code still living in callback hell (when you have multiple deep nested callbacks within a function) that needs to be migrated to the sane ecosystem. This blog post gives a set of step by step instructions to ease these migrations. Callbacks to async-await is like the metamorphosis of the caterpillar into a butterfly.

If you need more than 3 levels of indentation, you’re screwed anyway, and should fix your program. -Linus Torvalds, Kernel Coding Style Definition

Why do we have callbacks? #

JavaScript was built for the web where everything requires network requests to work. When the CPU executes a JavaScript statement like XMLHttpRequest.send() if it waits for the response to come over, the UI would hang as it takes significant time for the request to be sent over to the server, be processed and the response to come back. Therefore it made sense to take a function as an argument that would be called when the response is available, freeing the CPU for other things while we wait for the response. With Node.js, this was taken one step further as even requests to the database or to the hard disk, are also slower in comparison to the CPU, and waiting for them even in a background thread is a waste of resources. That is why in Node.js almost every call is asynchronous and after the success of Node.js, other languages also brought in asynchronous constructs int heir core.

Callbacks are very good for the CPU but they are not so good for the programmer for a variety of reasons. Programmers, unlike computers, think in a sequence and therefore while the CPU should not wait for the database response, the programmer needs to think about the task after the database has responded. Therefore, the logical next step for the program after the database call is handling of the response. With the presence of callback after callback, changing the code into subroutines becomes extremely difficult as the flow of the program does not remain linear. The next line may be called much earlier than the previous one in execution, forcing the programmer to constantly monitor the execution order while writing code. Here is an excerpt of the problem.

The asynchronous code, though looks ugly, has much better performance than its synchronous counterpart. Once you have more than one independent parallel call to the calculate method, the synchronous code has to resort to threads and that requires creation of huge data structures in memory. While that has been the approach for the first decade of the internet, the costs of that approach have proven to be prohibitively too high and the economics has pushed for adopting the asynchronous version.

The callback-based asynchronous code is more verbose and prone to errors:

What is async await? #

Async await is a simple solution to all of the above problems. While the code in async await works just like in the world of callbacks where the CPU is not wasted, it looks like synchronous code that we understand and love, and the extra verbosity is lost.

Now all those calls that were giving callbacks are still asynchronous. If you put a breakpoint in line 5, it might take a while after line 4 to actually be reached. But in the meanwhile, if you have other JS code, say some timeout elsewhere, those still get hit as the CPU is free to work on other things. Async Await is the cleanest solution to the problem of having lots of callbacks known as callback hell where we had to live with ugly code for the performance benefits that it provides.

Trivia Async Await is not the first solution to the callback hell problem. Generator Functions, Promises and even strict coding conventions have been used in many places. Node.js had to introduce a huge set of sync versions of its various APIs because writing asynchronous code was so much pain that developers sometimes preferred to just use the inefficient synchronous API to get around it. Async Await provides a proper solution where the code looks like the synchronous API but works like the callback version without the loss of any expressiveness, performance or power.

The elephant in the room - Promises #

Promises are complicated and at this point an internal detail. Async await is a wrapper syntax and works based on promises. The concept of promises is therefore required to be known if you ever want to go deeper into async await. We will not be going into the nitty-gritty of promises. A great introduction on Promises can be found in the google developer documentation and at MDN. This article explains how async await are built over promises. Promises are ways for synchronous and asynchronous functions to work together. If you ever need to convert callback based code to async outside of the pattern that we will just be learning or want to use async code in their synchronous counterparts, promises are the way to go. Guru99 provides a good tutorial on converting to promises which could be used as an intermediatory step before going into async await.

Note that after performing a .catch(cb) based special processing, you can still throw to reach the global handler at the try catch. If you want to do different error handling in all cases which was possible with the callback based code, you can use a .catch clause everywhere. The await calls could still be wrapped in try..catch to handle exceptions in the catch block or otherwise.

Note that with Promise.all and a sequence of await calls all serial and parallel combinations of requests should be handled.

The above assumes that writeToDisk is not CPU expensive. If it is and there is no way to fix it, we could wrap it in a next tick call, like process.nextTick(() => writeToDisk(resp)) . It might still be hit before the response is actually sent as there might be multiple async calls after handleRequest but that is not something the old code was doing anyways.

What async await is not #

Async await is a cleaner way to express the same ideas as callbacks and do not incur the performance overhead of synchronous code. They may be promises internally but apart from various method names like Promise.all or util.promisify, there is no need to understand promises in depth to use async await in production. All the code can be converted piece by piece to async functions with simple steps. After the completion is done, it would be discovered that not only is the newer code a lot less verbose and easier to navigate but also fixes many bugs that might have crept up over time into the callback based methods. There is little reason to not move to async await especially as all major browsers as well as Node.js support them natively and they provide the same feature set with a much cleaner API as do callbacks.