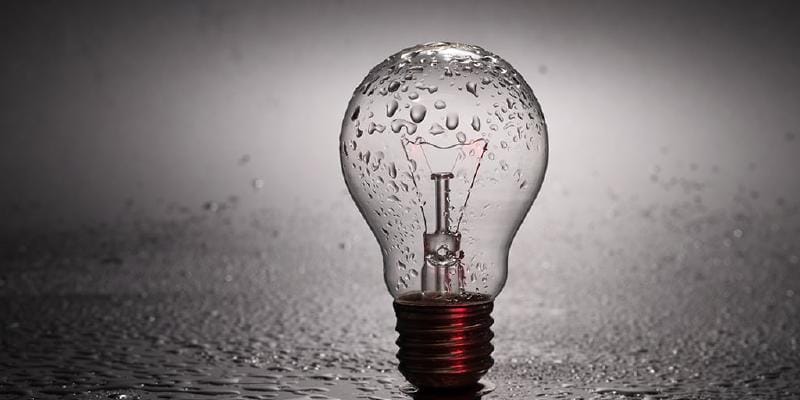 Friends, do you remember the speeches last week? One of them had a pyramid called Maslow’s need hierarchy theory. Does anyone remember the Physiological need - the bottom most part of the pyramid? …..How about the internet - Does anyone feel the internet is a basic necessity of human life. I am going to challenge your thoughts. How about electricity - the basis for everything. I am going to describe today a day from back in college when I went almost powerless - fighting for the lowest step of the need hierarchy.

It was a Sunday morning just like today. After the Megan Fox movie last night, I was the least prepared to be foxed by the gods that day. I woke up in a pool of sweat, very early from my own standards right when the clock hit 11. The fan had been the first victim of the city wide outage - 12 hours in and counting. I dragged myself to the water bottle in my room, only to find it empty, gorged away by my roommate. I ran out to the water cooler, bare foot and without my glasses. I never noticed that the sun had burned the tap hot. They need power to cool the water. I barely cared. Until I realized that the tank was empty. They need power to run the motors. Everyone had been roaming around foraging for water - beg, borrow or steal. That was the first time I paid for bottled water literally to clean my shit.

After hitting water, the outage was about to hit another of my physiological needs - the Internet. I can live without facebook for a day, for months. But it was the last day of a project submission. There are only two choices in student life - death and homework. My project along with two others laid in my desktop, a brick without the battery. When hunting for a UPS did no good - we realized very soon - we were in big trouble. In the scared Indian text of Ramayana, lord hanuman carried a mountain to cure his god Ram. In the sacred world of college, a student carried a CPU cabinet door to door looking for some spare electrons only to find none. The cyber cafes were also out of power and the world was coming to an end. Desperate times call for desperate measures. The ATM has a power backup. We sent an army to see if we could plug something there. They never came back. The A/C was too good to give up. The next battle was at the server room. The college email servers hadn’t been silent for a day. But they were guarded 24x7. The keys were difficult to get hold of. We had to have an insider - the Research Assistant that could be bribed. Jack Daniels old no. 7 was quietly smuggled into college. The CPU was split apart into a hard disk. The guard was distracted by the spillage of a bag of books by a cute accomplice and two students quietly tip toed into the server room. Rest was easy. No one noticed the backup server going down during a power outage. We had the wires sprung and the submission completed in less than hour. Now walking out was another challenge. Our female partner wasn’t cute enough to spill books again and get an answer to her call. We were stuck. The professor would show up in fifteen minutes. Instant death. The RA then spun up a brilliant idea that earned him his second JD’s. He slammed out of the door shouting at us for enjoying the A/C and not helping with the work we were brought in there for. A gust of cold air distracted the guard as we walked out covering our faces as in shame. That was the biggest margin for a “A” grade I ever got. 30% of the class re-did that subject. The rest had to work really hard to cover up. The RA became a close friend.

Electricity is the basis of the lowest rung of Maslow’s pyramid. When there is no power, everyone is powerless. From food preservation to water pumping, all other needs depend on electricity. Even our credit cards are useless without power. I really feel for my friends in New York who lost power for a day and those at Puerto Rico who have been living without the necessity for months. I hope their problems are short lived and no one in the world feels powerless.

Image by Morgan4uall from Pixabay