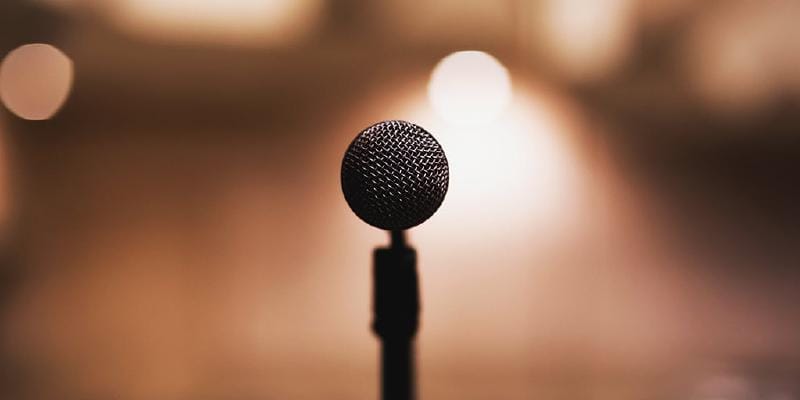 Toastmasters should be banned

Friends. You know America maintains a list of banned organizations that we as residents are not allowed to join. How many of you think toastmasters should in there? How many are with me on this - toastmasters should be banned. I am surprised. Are you sure… No one. Do you all think the weapon of public speaking should not be licensed? Well, I need to open your eyes.

Anyone knows this guy? He was the greatest orator of the twentieth century. He was not only a master of content but also of vocal variety and body language. His speaking skills killed people, burned countries and did more damage to the planet than anything else in history. Had he been a bad speaker, who would have cared? Speaking is a weapon of mass destruction. If it falls into wrong hands, all is lost. Toastmasters gives it to everyone. There is no test of ethics, morality or even sanity. Shouldn’t dangerous weapons be kept under wraps. Or should we distribute pamphlets, do open houses and invite guests? Toastmasters teaches weaponry without a license. Scary!!!

Many of you should know the concept “united we stand”. A single stick is easy to break. That story is incomplete. The sticks need to be similar – simple, straight. Then the leader, orchestrator, the captain can band them together. Not when they are all different. That is the biggest problem with toastmasters. If you bring hundred people in the room only one would be confident enough to step on the stage. He would motivate them to do something by his skills. But if everyone is a speaker, then it is chaos. Power is not knowledge. If you give someone x amounts of power you lose 2x to that person. Giving it to everyone is a very bad idea. Humanity needs hierarchy to work. Lions don’t survive without the sheep. We need people to listen to a leader and follow orders. Toastmasters is bent on giving everyone the skills to affect emotions, be confident and motivate others. What happens when it succeeds in its mission? Everyone pushes their agenda and nothing gets done. I don’t understand how toastmasters got employers to pay for it. The idea is totally insane. Think about all your subordinates and coworkers being persuasive speakers. How the hell do you get some work done?

If these two reasons are not convincing enough, let me give you another one. Suppose you got your name in the Guinness book of records for being the best player in a new sport. Now you control the rules of the sport. Will you modify them to make it easier to score better or make it tougher. The first rule of climbing a ladder is to the break what you step on so that no one else can follow. Otherwise the beautiful roof is going to be too crowded. You will lose your sense of achievement. Let the resourceful build another ladder. Be greedy. You got toastmasters, why give it to others. Think about it. When all the great speakers around you get old and retire, you will be left with this rare skill. Public speaking is the most important job of a king. There are two ways to achieve it. Work to be better or make others worse. Do you want to take chances?

Think about what I said. Public speaking is a power and not knowledge. It shrinks when you distribute it. Give it to the wrong person and it causes havoc. Give it to everyone and nothing gets done. Prevent people from having it and you are the big fish in the pond. Toastmasters is distributing it freely. Think before you promote toastmasters’ else you might suffer.

Image by freestocks-photos from Pixabay