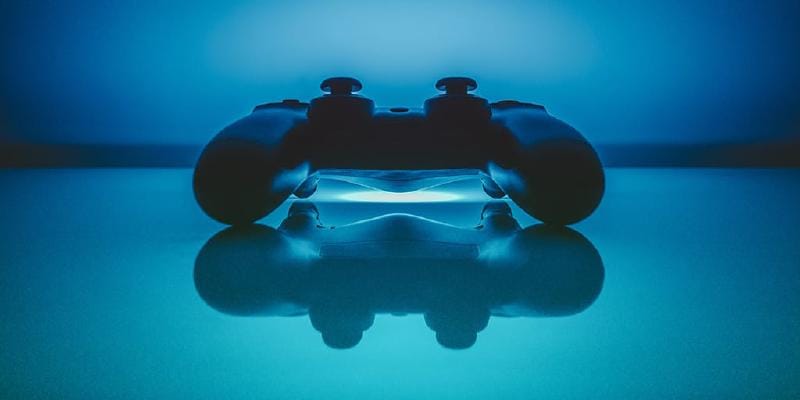 Here is another speech for toastmasters, CC#02. I vouch for games - Computer Games that have been cursed by parents for little apparent reason.

Stone age moms - Why do you always go out to play? You’ll get yourself killed.

Nineteenth century moms - Go out and play. What’s there in these stupid books.

Twentieth century moms - You’re turning into idiots in front of the idiot box. Read some books.

Twenty first century moms - Stop with these video games and mobile phones. Spend time with your family. Watch some TV.

Even the news is against games - “8 year old Louisiana boy shoots his elderly caretaker because of playing games.”. Fellow toastmasters and honored guests. Today I discuss the other side of the story. Games are good. They are the most immersive form of entertainment and there are reasons we shouldn’t be so pessimistic about them. I will talk about how they have been revolutionizing learning, sports, engineering, acumen and team building.

I’ll start with learning. How many here know how the renaissance progressed through Europe, how Genghis Khan marched through central Asia or how the lessons learned from the battle of troy. Gamers spent hours in Assassin’s creed living in the renaissance, marched Genghis khan’s army in the age of empires and built the Trojan horse in the age of mythology. I witnessed the Boston massacre first hand and happily set the east Indian ships with tea bags on fire in assassin’s creed 3. Those twenty hours of game-play will never drop from my memory while the countless hours learning history have vanished. The tactics of strategy games like StarCraft and Dota are a lot more advanced than the generations old chess. The rule of good writing is ‘Show not tell’. The rule of a great movie is ‘Show not tell’. The rule of a great game is ‘Experience not show’. There are games in all disciplines. You manage a city in SimCity and fly a plane in jet simulator. You learn keyboard shortcuts for the age of empires. Aren’t these skills in front of a machine that you need in your professional life?

Games are great at breaking cultural barriers and at bonding people. Gamers go through so many good and bad times together that they begin to feel the interpersonal tensions of life easier. You play in teams being fighting to defend your partner or sacrificing yourself for the common good. Which other form of entertainment can instill this attitude? None. There are leaders and there are followers, bullies and the bullied. But you have a choice. You can practice to be better than the bullies, try out swapping leadership in teams and switch games in case you are not happy with the community. You can retain anonymity online and be safe that your actions won’t hurt you for life. Many of these options are not present in the real world. The opportunities of personal development in games is much better than most forms of entertainment.

Games have been taking the world forward. They are the pioneers that brought GPUs to the masses and are the forerunners for artificial intelligence. They were the first to venture into mobile phones and are the leaders in exploring the AR/VR future. Games keep you one step ahead of the rest technology and you are free to bring the learning to real life. Games simulate a subset of real world social order and behavior and are experiments with various social conditions. There was an epidemic in the World of WarCraft where researchers saw how the world would behave if something came out for real. Some went to a corner to cry. Others ventured in anger to infect the unaffected. The simulation tell us what we need to be ready for. They are the cheapest means to study mass psychology.

Games do have side effects. After a certain rate of exposure, the virtual world starts to feel real and the real world virtual. There are only 24 hours in the day and there are other tasks that need time allocation. Very few earn money via games. We have failed as a society to channel our entertainment to create something valuable. We need to move more of our learning to be done via playing. We need to realize that just like bad books and bad movies there are bad games. That doesn’t mean the medium is bad. The next time you find your little one asking to play a game, influence him in playing something that is useful and fun rather than restricting access. Games are the phenomenon that we can’t prevent. Better to channel them.

Games have a history of being closely attached to the technology revolution. From the early days of computers, games have been pushing the limits of what machines can do often leading to revolutions. Unsurprisingly, games introduced many to the world of programming. Considering what they give, the drawbacks are minor enough to let the medium thrive.